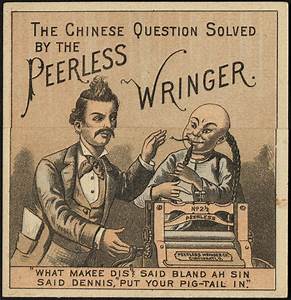 TEXT OF VIDEO: Here is the text for this video so you can read along if you would like.

My ultimate goal involved having an efficient washing machine to do the job. “Ultimate” is the governing word here, as I first had to update our primitive water system and install a generator big enough to run an electric washer.
I reached my goal, eventually, but faced many challenges along the way.

Quote: “When you’re really committed to your goals, you are willing to endure short-term pain for long-term gain.”

At first, I tried washing clothes on the rocks of the creek. I soon found that the method might work well on a river in sunny Mexico, but in Alaska, where the creek water temperature remained at a tooth-chattering level of cold, it lacked something, big-time.

I soon gave up on that method. My decision to try something a bit easier on my hands was seconded by one of the monks. He came to visit and asked if he could wash some sets of one-piece BVDs in the creek.

Of course, I gave permission. He only washed them that way one time, as he, too, agreed the water was far too cold.

I believe the BVDs agreed as well. When the monk hung them on the line by the shoulders, they froze immediately, with the arms and legs contorted into weird positions. They looked like they were trying to escape the clothesline so they could run inside by the stove.

Quote: “Don’t find a fault. Find a remedy. Anybody can complain.”

It was time to try another method. I got a large galvanized tub and an old-fashioned washboard. Now, at least my hands didn’t freeze, as I heated the water on my gas stove. Though still a long way to a “real” washing machine, it represented the first step up on a long goal path.

The washboard served a dual-purpose. Between wash days, it hung on the kitchen wall. If friends came by to play some music, the washboard often became another musical instrument.

I soon added one more helpful piece of equipment. About the size and shape of a bathroom plunger, it had a bell-shaped metal flange on the end.

This tool could be used to move water and soap through the clothes, with a plunge and release action. The user became a human clothes agitator.

Quote: “The only way to make sense out of change is to plunge into it, move with it, and join the dance.”

These methods, though labor intensive, did work. However, sometimes the washing load became too bulky to handle in this way. So, I reached an agreement with Alexandra (Sasha) Smith, a village elder, member of our Plants Class (more in a later episode), and a dear friend, to come to her house once or twice a month to do the wash.

To get it there, I used the large red backpack I called my “Ouzinkie purse.” As I could haul up to 80 pounds in it if I had to, I managed the load of dirty clothes very well.

I’d make the mile and a half trek on a weekend, usually Saturday, do the wash, enjoy tea and conversation with Sasha, and then pack my wet laundry in the Ouzinkie purse, and head home.

Sometimes, if the day were sunny, I’d hang everything on Sasha’s lines and she and I would join my “Plants Class” members for a foraging walk. Then I gained the added benefit of having both clean and dry clothes to take home.

Quote: “You have to believe in the long-term plan you have, but you need the short-term goals to motivate and inspire you.”

When I took home wet laundry, I hauled a bit heavier load. Perhaps the added weight threw my balance off, because on a couple of occasions I met with minor catastrophes.

The first one occurred just outside the village, where I made a sharp right-hand turn onto the homeward trail.

Here the trail crossed a culvert over the small Katmai River. On the far side of this little waterway, the road turned into a wide, deep hole full of muddy water created by three-wheelers as they churned through this slushy spot.

Only a single narrow strip along one side of this chasm remained dry. As I carefully stepped along this strip, the heavy load of laundry on my back, my foot slipped, and down I went.

I landed on my back, half in and half out of the water. Because of the weight of the pack, I could not turn over. Nor did I want to try such a maneuver, because then I’d have been on my knees in the hole, unable to get the traction to get up.

So, there I lay, stuck on my back, with a sudden compassionate understanding of the plight of the turtle who has been turned over and cannot right himself.

My advantage over the turtle allowed me to unbuckle the pack, step out, and carefully clamber out of the hole to safety. I again donned the pack, looking around me to see if anyone had observed the embarrassing incident. To my relief, I saw no one.

I made it home okay that trip without further incident. The laundry in the pack was unaffected, but with what I wore, I started a new basket of dirty clothes right away.

Quote: “You must have long-term goals to keep you from being frustrated by short-term failures.”

My second wet laundry catastrophe occurred on another trip, this time much further along my route. A well-used trail turned left off my pathway, headed for Pleasant Harbor and Monk’s Lagoon at the end of the island.

My trail continued straight, down the long hill to the beach at Eskimo Cove. At this convergence of the two routes, a log lay across my trail to the beach.

As I stepped over the log, my foot hit a patch of wet leaves, and again I went down on my back. I tried really hard to get up with the pack still fastened on, that time. I attempted to roll to my side with no luck. Sitting up was equally impossible. I lay there and again felt sympathy for the turtle. I finally unbuckled the pack, climbed out, struggled back into the pack straps, and continued homeward.

I do realize that laughter is very healthy for us, but I am still thankful that I did not contribute to the well-being of any observers, laughing hysterically at either of these incidents.

Quote: “Only creators can see past problems to find solutions. This holds true for every area of your life.”  (Deepak Chopra)

Then, providence entered the picture. My one neighbor, Danny, who lived a quarter mile past my place, got a new washer, and gave me his old one.

This wonderful contraption had a rectangular metal tub with a metal strap across the bottom, extending to an upright handle at one end. By moving the handle back and forth, one could agitate the clothes.

It had a hand-operated wringer at the other end. This wringer was a great improvement over wringing the clothes out by hand. I still found it challenging the first year I had the machine, because at that time, David Graham and his son, Arthur, lived at my house. They both lived in blue jeans.

Impossible to wring out by hand, they weren’t a lot easier to run through the wringer. However, it was an improvement, and I was glad of that.

Funny, though, how David always seemed to disappear when it was time to do the laundry.

Quote: “All the difficult problems become easy when you find a solution.”

I wanted a real washing machine. Before I could get one, I needed a reliable power system to run it. One year, I went to Kodiak’s commercial fishing show, ComFish, to sell jewelry (fishing lures, of course.) Set up right across from me was the Northern Lights generator salesman.

I badgered him for the whole show, bargaining for a better price and an easier payment schedule. By the end of the show, we reached an agreement and I bought a 5KW Northern Lights diesel generator.

Now I was in fat city! We could certainly run a washer off this new power system.

Quote: “Perseverance is not a long race; it’s many short races, one after the other.”

After we had the generator up and running for a while, John and I made a trip to Kodiak. Since John had finally gotten the new water drain system hooked up, we decided to see what we could find for a washer.

We went to Sears, walked in the door, and immediately saw a brand-new Maytag washer with an attached electric wringer. They must have been expecting us to visit.

I fell in love, right then and there, with that machine. We bought it and took it home.

Wash day now was a snap. I usually did two loads. Though it still took all day, the amount of labor involved gave me cause to smile.

I’d heat an enormous pot of water on the gas range, get the genny going and gather up the dirty clothes. The washer allowed me to operate each cycle manually. I’d add necessary hot and cold water, put in a load of clothes, push a lever on the tub, and it would start agitating.

I could let the machine agitate as long as I wanted, while I heated up another pot of water for the rinse. When I got that hot enough, I’d hook the drain hose from the washer onto the sink.

While the water drained, I turned on the electric wringer and ran the clothes through it. They fell into a galvanized tub on the floor.

Once the machine drained, I’d put in the new pot of hot water, adding cold water from the hose that brought water to my sink, until I had a sufficient amount for the rinse. Then, I’d go through the same process of agitating, draining, and wringing.

Now I took the clothes out to hang on my clothesline. I always got enough water on the linoleum floor of the kitchen so I could wash it, too. If we were getting rain, all the better — it would provide an extra rinse for the clothes. Eventually they would dry.

Quote: “Those who say it cannot be done should not interrupt the person doing it.”

Goals must often be accomplished in small steps, each one leading you closer to your final, big goal. It took a series of steps as well as years for me to accomplish the goal of getting a real washing machine. Remember to give yourself enough time.

Your business may also require considerable time and development before you reach your major goal. If you are taking regular action steps along the way and setting smaller goals that will lead you to the large one, you are constructing a blueprint that will allow you to reach success. As long as you are moving forward, you are on the right path.

That washing machine for Banjo Beach arrived as a result of a long-term goal that took many small steps and a lot of time to reach. It changed laundry day forever, and made it a much easier job.

I believe that machine to be indestructible. When I visited Banjo Beach for the last time a couple of years ago, the washer was still doing the laundry there. It certainly paid for itself, being worth its price and more.